Referred to as Engilchek Glacier two large glacier in the Tian Shan Central Asian Mountains. The Engilchek glaciers are located in the border triangle between Kyrgyzstan, Kazakhstan and the Xinjiang Uygur Autonomous Region of the People's Republic of China. In 1999, the state of the border between China, Kyrgyzstan and Kazakhstan was clarified.

The melting water of the Engilchek glacier does not reach the sea. As one of the largest mountain glaciers on our planet, the southern Engilchek is regularly a research subject for scientists from all over the world.

The two Engilchek glaciers are primarily visited by alpinists, who have set themselves one of the high summits of the central Tian Shan Mountains, above all the two seventh-thousand, Jengish Chokusu (Pobeda Peak / Victory Peak) and Khan Tengri.

The Merzbach Lake is one of the largest natural wonders in Asia. The lake is located on the northern Engilchek glacier, only a few meters away from the confluence with the southern Engilchek glacier. Late summer it always comes back to Glacier runs. Glacier run refers to the sudden emptying of a under a glacier lake in the form of tidal waves caused by natural processes.

The settlement of the same name Engilchek is situated on the left bank of the river between the Engilchek and Sarydschas. In the past, hundreds of people were busy at the surrounding mines. A large part of the houses are no longer habitable and are doomed. Today is similar to the village of a ghost town. 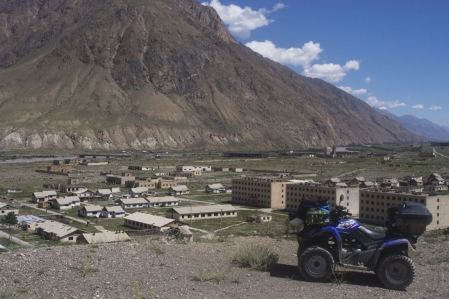 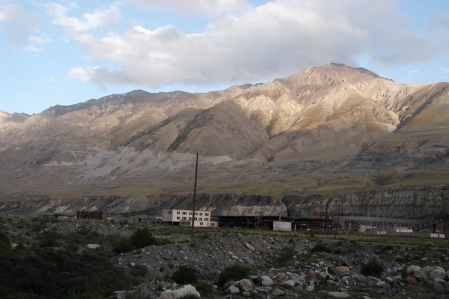 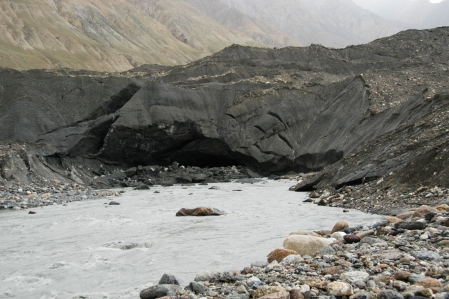 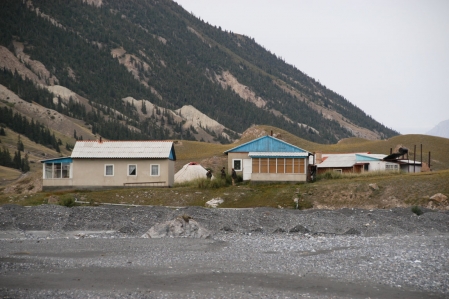