The plant kingdom in Kyrgyzstan has about four thousand different ways. This great biodiversity lies in the different landscapes, different heights, the edges of mountain caves and justified, which in many cases, an own micro-climate cosmos and represent.

In the deeper valleys and low foothills in the steppes are prevalent. In the middle mountain zone meadows, forests and shrubs distributed, while in the high mountain areas alpine meadows, thorn-carpet of thorns and mountainous areas and tundra (treeless poor to tree-free landscape) vorgefunden be. The "Dornigteppich" vegetation includes the mineral rock mountainous areas.

The forests of Kyrgyzstan: The most common trees are spruce, juniper bushes (archa), walnut and fruit woods. There are also maples, poplar willow, birch forests and the Tien Shan Vogelbeerbäume that grow everywhere. The walnut forests grow on an area of over 600,000 h and are considered the largest walnut forests in the world. Moreover, there is in the southeast of Kyrgyzstan in the Ferghana and the Chatkaltal at altitudes from 1,000 to 2,200 m above sea level. d. M apple trees, pear trees and cherry and plum trees, grapes and raspberry canes.

The forests in the south of the country are threatened by intensive deforestation. One, the trees felled to valuable timber for export and domestic use to make available (for building and firewood), on the other hand, some areas of forest land but also by farmers for farming and agriculture cleared. Cattle are often trampled young trees. Also plagues, such as the gypsy moth, contribute their share to the destruction of forested areas at. Kyrgyzstan has the use of chemical agents in accordance with international treaties and from mere economic costs reduced or eliminated. In addition to trying new methods of applying pesticides, such as the spread of new insect species that help to combat plagues. Diseases also reduce the number of trees. Moreover, there is a wealth of international projects for the conservation and expansion of forest resources within the country.

On the alpine meadows (about 3,000 m above sea level. FSO) grow edelweiss, dandelion, Alpine Aster, Semyenovzwiebel and primroses. In contrast to Europe is not infrequently the edelweiss and dandelion weeds will not hold. At certain seasons, the mountain slopes with poppies and tulips littered. Approximately 5 km south of the Jety Orguz sanatorium is a valley, which is known Svetov Dolina (Valley of Flowers). Starting in May, when there are tons of poppies, sparkles before it Colors. Supposedly there is in this valley also petroglyphs, but nobody seems to know exactly where. There are many yurts, as accommodation can be exploited.
In the forests, steppes and meadows, there are many different types of mushrooms. Mushroom picking is a very popular activity.
The flora of Kyrgyzstan includes many plants with different uses. They serve, for example, nutrition and medicinal plants as also as material for the construction, the manufacture of furniture, musical instruments and artifacts such as grass mats (chiy) and as natural dyes.
Approximately 14,000 hours apple apple trees in southern Kyrgyzstan.

Artscha - Juniper a very sturdy tree, which is also a daily temperature changes of up to 80 degrees Celsius and has grown to 200 years old can be. The trees grow them cling to rocks, even though they have little ground to nourish their roots.

In the valleys, they achieve under very different conditions even a height of 15 meters. Four different varieties constitute nearly half the forest land in Kyrgyzstan. Their strong root systems serve as an obstacle to landslides and avalanches. Grasses represent a major threat before Wachholdersträucher particularly for young, as they absorb the moisture of the earth. Another threat is man, because much of the stock was cut.

Birch: The mountain birch grows in groups throughout the mountain range.

Edelweiss: There are four varieties of these "flowers of the rock 'thrive mainly in the Issik Kul region of Kyrgyzstan. They bloom from June to September.

Edward's Pentilium: Known as "the flower of Aigul" or "the flower moon." There is a legend about a Khan who has an area which crossed the Silk Road, prevailed, and one daughter had called Aigul. She loved the army commander of the army of Khan, Kozulan, during the fighting with the invaders were killed. His soldiers brought her his heart, and she buried it mourning. Then they fell from the top of a mountain down. Where the drop of their blood hinfielen, grew beautiful flowers. These flowers grow only in an around Batken region in the south of the country. The only place where they were found is in the mountains of Afghanistan. They were from the famous East German traveler, Alexander von Humboldt discovered, although there is no evidence that he actually visited this region. The flower is so unusual, because their seeds seven years in the ground attack and then it takes another seven years, until the flowers on the thin straw appear. In general, these flowers bloom late April and early May. They normally bloom in full and in the first year there are only a single bloom. Then a year later, two. After another year three. According to the local residents, they are examples of the "moon flower", consisting of thirty flowers on a stalk exists. Although the flower is not very rare and not in the red book of Kyrgyzstan is recorded, it is considered blasphemy to pick. Schoolchildren are even exempt from tuition in order of their proximity to patrol and "tourists" at picking the flowers to prevent.

Breeding rod: a plant for up to 3 meters high, and only once in six years, bears bright yellow flowers.

Valerian and star anise: (fraxinella "not to besingende"). This plant, with blassrosafarbenen flowers, may be linked to the burning bush recall of Moses on the slopes of Mount Sinai has been found. The glands between the plant essential oils, and if you have a burning match into the vicinity of this plant will begin the surrounding air with a light blue flame burning, with the leaves but not ignite and remain intact. Actually, the air around the plant a mixture of particles that help them against the heat of the sun during the day and extreme cold in the night to protect it. This mixture is what burns.

1) Please do NOT own tests! It is NOT a good idea, a burning match near a plant to bring, especially in the heat of summer, as a major fire hazard. It can for the environment have devastating consequences, as well as the life and health.

2) The plant with the utmost caution must be touched. Protect your skin from substances, the plant produced. The skin could burn and unfortunately the consequences are not immediately recognizable. Only after some time the damage is clear. It is best not to handle the flowers and picking.

Lilac: Thirty kinds of Emerus, (a type of plant from the elder family) grow in Kyrgyzstan. There are trees strauchartige the 1 to 1.5 m wide and 1 m. high and can have colorful blooms.

Pear grow normally on the southern slopes of the mountains and most of those savages are very similar to those used in the gardens and orchards on can be found.

Pistachio: A small tree, up to 5 meters high. Some people call him "tree of life" and revere the pistachio as a source of vitality, health and long life. " They are also in the treatment of lung and kidney disorders are used. The nuts ripen in July. Their wood is also used in the construction. The trees can survive extreme conditions and up to 150 years old.

Prangros in winter is used as animal feed, but if it is green, it is toxic and can cause bubbles when touched.

Sandy thorn: It may seem strange, that a plant with this name in a landlocked country like Kyrgyzstan is growing, but they exist. With plenty of golden berries and sharp thorns. The berries are with their high vitamin content for jam, juice, wine and oil. The plant is very useful, even so because their roots and leaves the soil solidify and prevent it from Sommerüberschwemmungen washed away or is washed out.

Semyenov's white fir: grows mainly in the western Tien Shan in shady steep slopes. It is a dense evergreen tree, rich in timber and essential oils, resulting from its resin and win both the perfume extraction as well as in the pharmaceutical industry.

Shrenk's fir: "The Queen of the Tien-Shan," is growing on steep mountain slopes, at an altitude between 1300-3000 m. It grows very straight and up to 45 meters high. One side of the tree, which deals with the roots of the rocky surface clings, is always turned towards the mountain, while the other side in the expanse of open space shows.

Sogdian alycha - the Bergpalme: may, on the same bush, both in the leaves, as well as fruit, a bewildering variety of colors bring to light. Even the fruits of various shapes and sizes. These trees begin around the age of five years to bear fruit and can accommodate up to 120 years old.

Tulips: There are about 22 different varieties of wild tulips that grow in Kyrgyzstan. Eight of them are so rare that they are as vulnerable species on the red list has. Among the best known are the Greigue, sometimes called the "Green Tulip", the Kauphman and Zinaida. There has been speculation what concerns the tulip fields, but a number of projects were launched to preserve them. This includes the state Chunkurchak Biological Reserve in the Chunkurchak Gorge, just 25 km away from Bishkek. The flowers bloom primarily in April and May.

Walnut: The walnut tree is probably not a native species in this region. He was probably far from the southeast, possibly from Malaysia. Alexander the Great and his army discovered him in Central Asia and sent samples back to Greece, where she also thrived. Since then, the nuts in Russian as "Greek nuts" known. Ironically, when the local population still causing misunderstanding. The trees grow in the south of the country in the Djalal Abad, Tschatkal in the mountains and in the Ferghana Valley at altitudes from 800 to 2000 meters above sea level. d. M. Perhaps the most famous place where you can find them Arslan Bob. But nevertheless they found throughout the region. The trees have a large broad crown and the nuts are at harvest time a carpet of nuts around the trunk. The nut has a very high caloric value. The wood is a valuable commodity. It is on the world at the same price as Silver traded. Walnut wood is when decision makers around the world extremely popular. The benefits of these valuable trees have led to many of their forest areas have been cut. 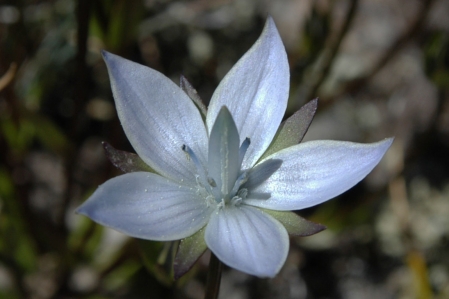 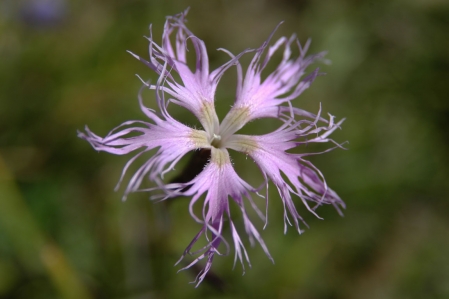 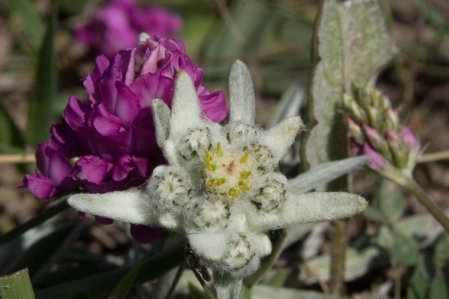 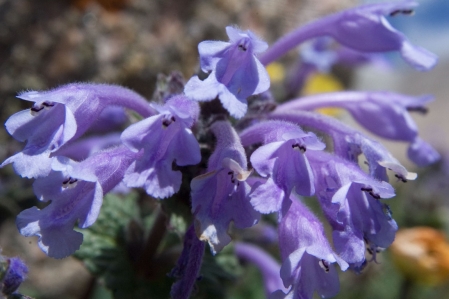 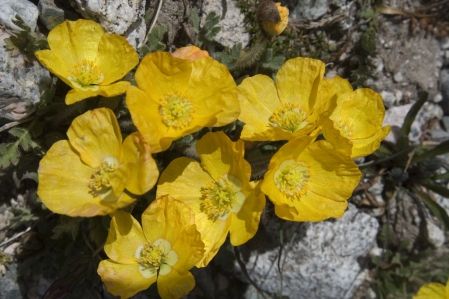 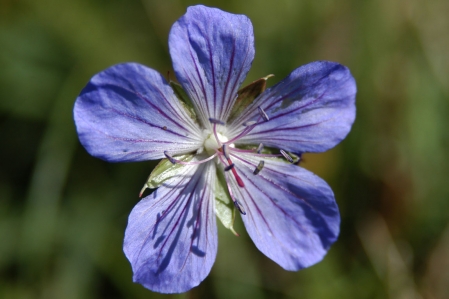 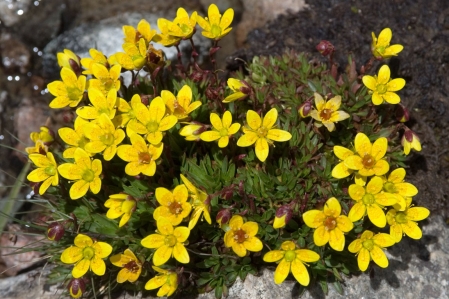 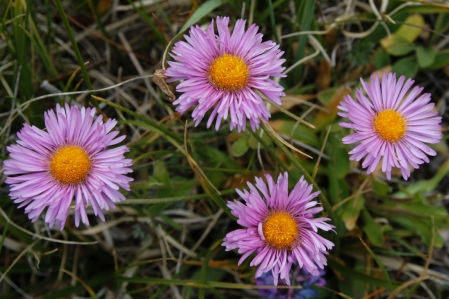 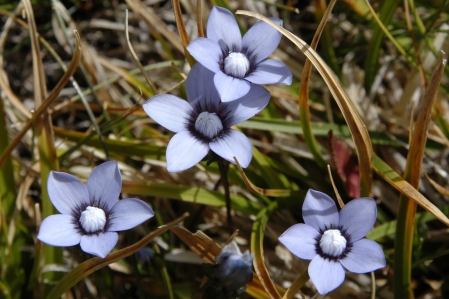 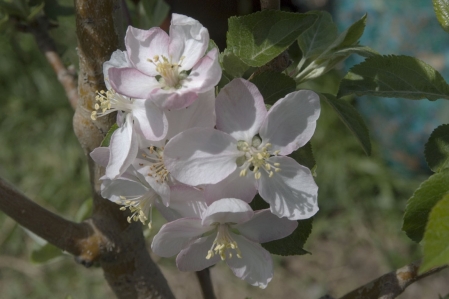 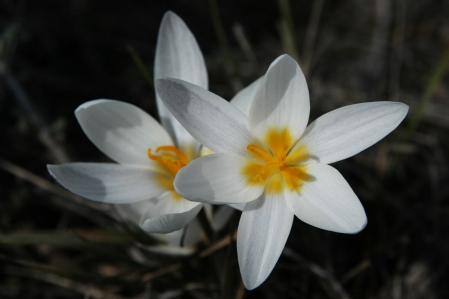 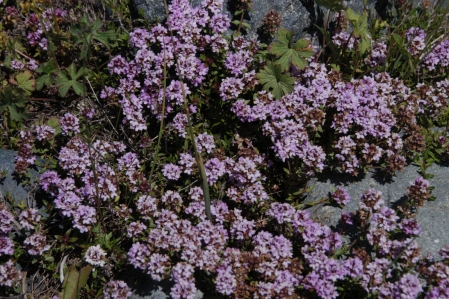 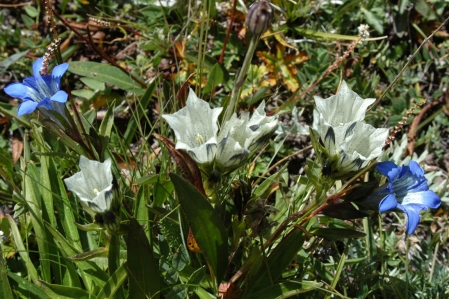 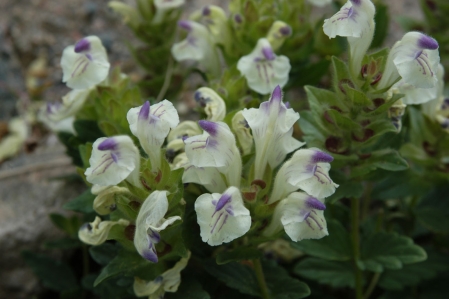 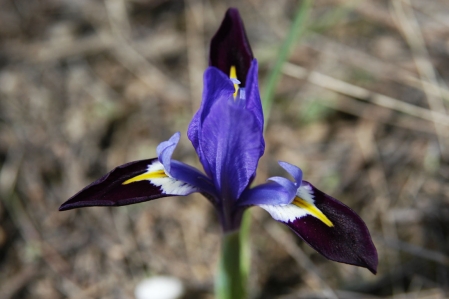